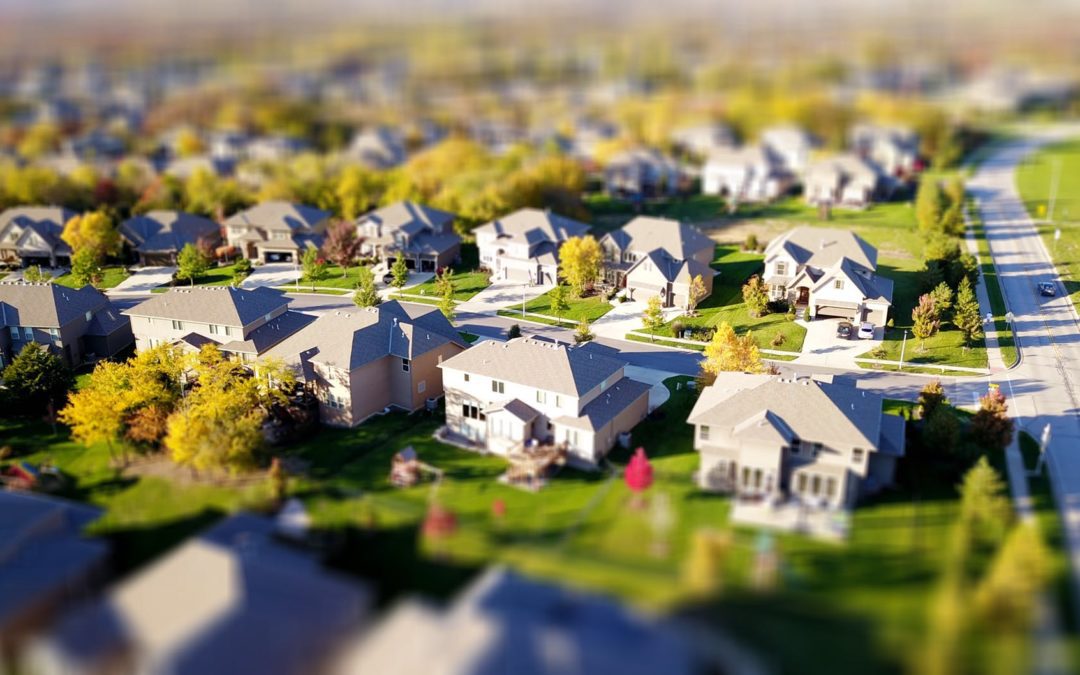 The approaching year is one filled with uncertainty for those in the real estate industry; with many buyers beginning to pump the brakes on home buying after failing to meet an expectation of a historically competitive market this year. Instead, mortgage applications have fallen to a four year all time low as home buyers are leaving the housing market. According to the Mortgage Bankers Association, the volume of mortgage applications by the end of 2018 had fallen to the lowest level they had ever been at since December 2014.

This fall in applications was led by a 5 percent drop-off in purchase applications to a nearly two year low, with a 3 percent decrease in refinance applications. Factors contributing to this include short supply of homes, increasing prices and rising mortgage rates. The rate on a 30 year fixed-rate mortgage — the most common home loan — rose to 5.15 percent in the past month, which is the highest level it’s been at in over eight years.

Opportunities to refinance into a lower rate has diminished dramatically for most homeowners, due to the rising rates. If homeowners do refinance, the general reason is to get cash in order to make home improvements or pay off credit debt, as credit card interest rates continue to increase.

Despite the falling application rates and uncertainty, there are still opportunities that could emerge despite the overall economic slowdown expected in the coming year.

One of the biggest changes to the industry has been a rapid rise of industry-specific technology, startups and better and more transparent data analytics. Financial technology is leading to more efficient and automated transactions. The market is expected to continue following new technology, creating a union between capital and powerful analytics, as well as a transition from traditional storefronts and retail spaces towards a migration to online and automatic systems that may eventually replace the traditional transactional sphere. Even new platforms for home selling, such as Zillow, have been emerging quickly, disrupting the traditional home-searching and buying process.

There is also a rise of artificial intelligence, with the potential to transform the real estate industry. Some tech startups have integrated AI into market analyses, but many point to the relevance of AI for machine learning and other emerging technologies like building management, organization and design. Some of the companies cashing in on this new wave of artificial intelligence? WeWork and The Edge are two smart buildings who are placing their bets on analyzing user behavior in shared office spaces to constantly refine and update their space layouts, offerings, and feedback loops. AI may also offer enormous benefits for building efficiency, safety, security and property access.

There has been less growth overall in the real estate industry and many analysts predict a slow down on multiple fronts, creating a more challenging environment. Population growth continues rising, while labor force availability — especially in the construction industry — is falling or remaining stagnant. Government forecasts warn of an upcoming economic slowdown, which will taper off real estate activity: identifying and capitalizing on new opportunities such as emerging markets, replacing older buildings,etc. will become more difficult.

However, when it comes to renters at least, it is possible to keep an eye to the future and maintain a competitive edge. While many apartment complexes include amenities such as gyms and rooftop access, there’s now a demand for multi-family developments that include amenities such as movie theaters, dog parks, communal gardens, and co-working space. Smart home and service-economy firms are contributing to the growing demand for eco-friendly and energy conserving homes, with new technology and benefits such as laundry services and daily door to door trash removal.

A Return to Suburbia

Investors have viewed smaller U.S. cities as a prime landscape for urban revitalization, but while these small cities have experienced huge growth in a short period of time, the millennial generation are now seeking to move into these “second city” suburbs. Research shows a younger generation that has been traditionally putting off home-buying, are looking for single family homes – driving up the demand for housing surrounding these smaller cities, especially in walkable, transit-oriented developments. Census bureau statistics show evidence of this second city suburban shift. Over 2.6 million people annually moved from principal cities to the suburbs in 2016 and 2017 with 55% of new residents over the last five years relocating to suburban homes.

Retail and the Price of Free Delivery

Omni-channel retail has been on the rise while America’s retail footprint has shrunk due to e-commerce and next day delivery. Commercial developers and investors are feeling the need to support more efficient uses of space, and find a way to update brick-and-mortar presences across the board; bigger isn’t necessarily the answer, but better usage of space. Service spaces, such as urgent care facilities, health and fitness providers, restaurants, and entertainment venues are on the rise. Traditional merchandizing is being replaced by the experience economy, an industry more often in flux. Long term agreements are being replaced by shorter deals and pop up leases as the shift in economies transforms the way businesses look at real estate.

Meanwhile, next-day deliveries have wrought a tidal wave of change on the logistics and shopper industries, creating unexpected new challenges for the real estate industry. amazon and other e-commerce companies have done wonders for the industrial real estate sector when it comes to the need for increased warehouse space, but the efforts to increase fast delivery have caused transportation gridlocks all across the country. With an underfunded infrastructure, it’s estimated that business will bear around $240 billion in congestion costs over the next five years, while annual spending on roads and highways falls 63% short of the needed repairs to keep up. Those in real estate will need to keep a close eye on this issue, with potential solutions like congestion pricing, may have a deep impact on land values and investment opportunities.

The housing crisis is more and more evident, as the US struggles to overcome the affordability problem facing everyone from big cities to small towns. Half of all renters pay more than 30% of their income on housing, while 12 million Americans spend more than half their earnings on a place to live, according to HUD.Since 2015, the combination of rising prices for single-family homes and rising mortgage rates has cut home affordability by 15%.

With a rise in price and rates, it’s clear that the country requires new development quickly: academics estimate that the US will need 4.6 million additional rental units in the next decade to satisfy demand and need. New construction has remained skewed towards the upper end of the market due to factors including regulations. The rental market will need to adjust to meet demands, and adjust how rental buildings are funded and delivered.

Looking to the Future

In summary, although what 2019 may bring to the real estate industry is uncertain, there are huge opportunities for growth still, especially in suburbs outside of developing cities as well as in the renter space. This generation is looking to accommodate the rapidly growing delivery sector while looking towards sustainability and eco-friendly amenities. Transportation is a huge game-changer, with many people hoping to find a space that’s more walkable, or share their commute whether it be through public transportation or ride-sharing.

Keeping apace of technology will make a huge difference on how the market fluctuates in the upcoming year, with more people preferring to search, buy and finance homes online as opposed to a traditional brick and mortar experience. Businesses are looking to enhance customer experience as the retail sector re-invents itself into an experience economy, as opposed to a retail oriented space. Technology’s impact on safety, and building efficiency has already begun to play a large role, but the next step will be melding that technology with construction, as demand for affordable housing increases and availability of current homes on the market decreases.